Juli 11, 2019 Posting Komentar
Windows 10 is the latest operating system from Microsoft that has excellent performance and appearance. Unlike previous Windows, Windows 8, Windows 10 has many new features that spoil its users. Many people like Windows 10 because of its very responsive appearance and beautiful animations from the icon. By using Windows 10 there are also a lot of the latest games that you can access for example some of the best games available on Steam.


Windows 10 is also highly recommended for those of you who really like to play games because Windows 10 has a Game Mode feature that makes the performance of your chipset increase but not overclocking. Windows 10 has many versions including Windows 10 Home, Pro, Price, Education, Mobile and Mobile Enterprise. Of course if you want to have full features of Windows 10, use Windows 10 Enterprise because it is the latest Windows version from Microsoft. But recently I often get reports from Windows 10 users about problems when installing Applications from the Windows Store.

Powered by great new features in the Windows Updae. Get it now at https://aka.ms/winup

For example like that for example. Actually this is just a very easy problem and very easy to understand if you get a problem that arises and get a warning like that. The solution to this problem is that you have to update your version of Windows 10 to the latest because maybe your version of Windows 10 is already considered the Old version so you are warned to update the version to be able to access the applications in the Windows Store.

I strongly recommend that you update Windows 10 because with you downloading the latest version, bugs from the previous version must have been completed and you can automatically use the latest features also from Windows 10.

That's how to fix the problem can not install the application from the Windows Store, hopefully with the existence of this article can help you solve problems about erorr windows store on Windows 10 that you use. 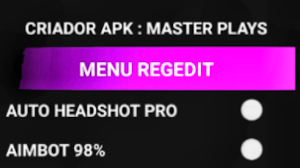